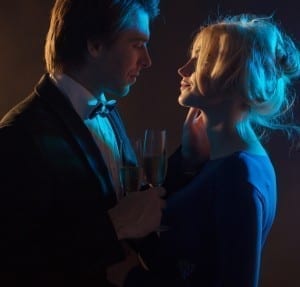 The Truth About First Date Chemistry

As a Scottsdale Matchmaker, I talk to many couples after their first date. It’s not unusual for me to hear reviews like, “He was nice, but I didn’t feel any fireworks and I’m not sure I want to go out again,” or, “She was super sweet and the date was fun, but there just wasn’t a spark. I didn’t feel the chemistry I like to feel.” Usually, these people go on to explain to me that they “just know” whether someone will work out or not based on the chemistry they feel (or don’t feel) on date one.

Did I mention these were single people I introduced to each other? Single – meaning whatever they’ve been doing in the past hasn’t really been working out for them relationship-wise. In other words, basing the future of their relationships on the chemistry or lack thereof they felt with a person had not proven to be a reliable indicator on whether the relationship would be successful hasn’t worked for them.

So how important is chemistry in a relationship?

It’s important – it really is. But in many cases, chemistry doesn’t happen as soon as a couple meets; it comes later. So there maybe no first date chemistry.

According to eHarmony, “chemistry is instantaneous. A particular person may not act on it immediately, but he or she feels the attraction within. This is so common that people have come to believe that chemistry is either there or it isn’t, and that you know within seconds.”

For many of the singles I’ve talked with, this is the idealistic philosophy they cling to. It’s the dream-come-true fairytale that sounds wonderful. As the Scottsdale matchmaker, I hate to break it to you, but this dream isn’t an accurate picture of how falling in love always looks. I have matched many couples who, at the beginning, weren’t so sure about each other and were hesitant to go out again. She thought he was great qualities but was too much of a nice guy, putting him in the “friend zone.” He didn’t think she was his “type.”

The Truth About First Date Chemistry

I’m happy to report that often when these couples follow my advice and give the relationship a few more dates, they found themselves happy. The chemistry worked – worked to the point they got happily married. And it just might be that way for you, too. Based on my years as the Scottsdale Matchmaker, here’s my advice on first date chemistry:

I once got a call from a client after his first date saying, “Joann, she is very nice and really smart, but she’s too thin; I like women with curves.” I asked if everything else on the date went well, and when he said it did, I asked what he had to lose by going on date two. He reluctantly agreed, and a few months later I was seeing photos of them together on a trip to Europe. Almost two years later, they’re still together. My client explained that after a few dates, he realized how attracted he was to her. While he still liked women with curves, the combination or her smart wit, easy-going personality, and their commonalities just worked.

This couple was smart because they gave themselves a change. Not just their match as a couple, but each of them as individuals. Had they not gone on a second – and third – date, they could have potentially missed out on the person they are now in a romantic, passionate, and compatible relationship with. The same can be true for you. Don’t judge a date based solely on the first date chemistry you feel. If everything else looks good, be willing to give it an effort to see what else might develop.

Do you have dating and relationship questions for the Scottsdale Matchmaker? Click here to have your question answered (anonymously) on a future blog.