Dating Tips From The Discovery Channel

Can You Get Dating Tips From 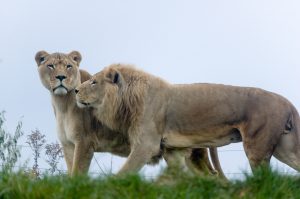 Several years ago I watched a Discovery Channel show about human laughter. I realized that laughter was a primitive form of relief — our ticklish spots are the sides of the body, the neck, and the bottoms of the feet, all very vulnerable spots to serious injury.

And I learned that laughter was an immediate response to something the brain normally perceives as an “attack,” but at the same time realizes it’s just a friendly tickle.

That Discovery Channel documentary made me learn that, yes, there IS a scientific explanation for the way things work out in the dating game.

Love Is A War And Flirting Is The Art Of It

When you’ve been meeting women for a time, you may have realized that the more you play the “nice guy,” the less interested they become in you.

But on the other hand, the more you tease and make fun of them, the more likely they actually LIKE you!

But even after several minutes, we’re still talking to you.

Now consider what happens if you try to make us like you. You play the nice guy, you compliment us, and you offer to buy us a drink.

You know why we tend to AVOID you when you take the “nice guy” approach?

Simple — when a guy we just met is suddenly being nice to us, we almost instantly think he’s up to something. And our defenses shoot up.

The reason why women like “bad boys” much more than “nice guys” is because we’re hard-wired to be attracted to the stronger, take-charge types of men.

In other words, we’re attracted to the kinds of men who have the power to hurt us, but choose not to. That’s VERY sexy. So are you a “nature boy?”

Do you know how to “play-fight” like how Mother Nature intended?

Do you have what it takes to flirt?

Keep these questions in mind the next time you meet a new woman. You’ll be surprised to know that even a “geeky” channel like Discovery can teach us a thing or two about dating!

Not sure where to start? Click here for easy steps to start attracting and meeting women.