He’s Just Not into You 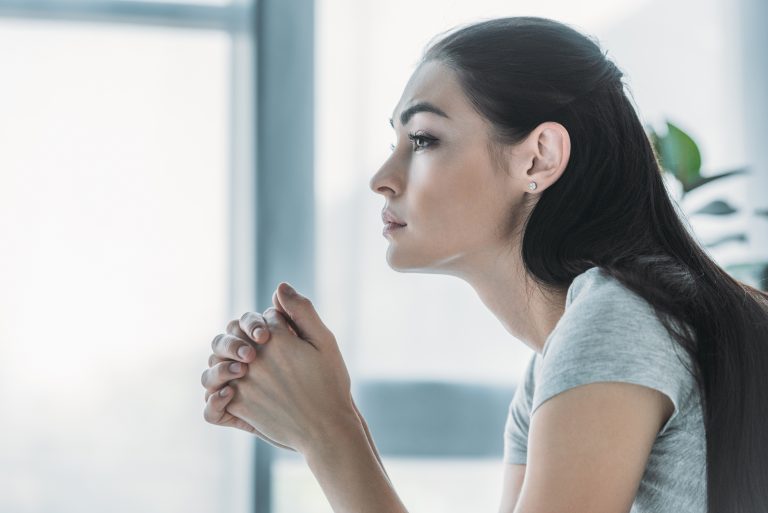 Afraid to Admit – He’s Just Not Into You?

Years ago a dating advice for women bestseller was released called The Rules. It had all kinds of instructions about dating a guy. Men and women alike disliked the feeling that the book was designed to manipulate men. While this book took dating concepts to an extreme, one point became clear – you want to date and spend time with men who want to date and spend time with you.

If you meet a great guy and you date a few times and text a bit back and forth, but he never seems to initiate contact, look closer. If he uses excuses such as he’s busy or in the middle of something, even if the reasons seem legitimate – face it – he’s just not into you.

Guys aren’t often great communicators. They may cringe at the thought of dumping someone even after only a few dates. If sex was involved, they are even less likely to have “the talk.” So, you want to know what he really feels? Look at what he does, not what he says. You can see the truth in his actions, not his words.

Like any healthy interaction, dating relationships should be reciprocal. Two people investing time and attention to each other. Not sure if he’s just not into you? Look for the following symptoms.

1. He’s not “around” you.
This is the number-one sign that tells you if a guy is just not into you. If a guy is attracted to you, he’ll find reasons to be close to you. If he flakes out, cancels dates or is always busy, he is not interested in you. Frankly, if he misses two consecutive dates you can be absolutely sure of this.

3. He’s friendly to you, but also to everyone else.
If a guy is super-friendly you may think that’s a sign of interest. But watch him around other people. If he is simply a friendly and outgoing person, he may behave that way with everyone. Even flirty behaviors are meaningless if that’s his pattern. It can be confusing. Just pay attention. If his behavior is the same toward you as it is toward others, you may have fallen into the friend zone.

4. He keeps his feelings hidden.
If the guy you’ve been seeing for a while has a hard time talking about his feelings, or seems to keep them hidden, pay attention. That’s a sign he’s not interested. This also goes for guys who only show an interest in you when the bedroom is involved. You can tell this is happening if you find yourself constantly trying to interpret his mixed signals. If you have to ask, don’t waste the daisy. The answer is he loves you not.

5. He’s not initiating contact and he’s inconsistent and sporadic.
If you initiate most of the time and he has little to say, he’s probably just not into you. When someone leaves you in doubt about the relationship, he doesn’t care enough to consistently make his affection known.

6. He doesn’t do what he says he’s going to do.
If a man is really interested in you he will follow through on his promises. If he talks the talk but doesn’t walk the walk, walk away.

7. He talks incessantly about himself while not taking an interest in you.
This sign is not only crucial, it’s really annoying. If he isn’t interested in your day or how you’re feeling but has lots to say about his life, he’s telling you he’s not interested in you. He’s also demonstrating that he’s a jerk, another reason to leave.

These are all signs that you are in a one-way relationship. That means you’re giving more than you’re getting. Here’s another clue – if your friends don’t like him and discourage the relationship. It’s easier to see this pattern in someone else’s life than in your own. Do you find yourself making excuses about him to your friends – to yourself? You’ve just exposed another red flag.

Maybe you think if you wait around and keep in touch, he will suddenly realize what a gem you are and change his behavior. No, no, no. That rarely happens, and if it does, it has more to do with him wanting to settle down rather than discovering that he really wants you.
Now, why would you want to settle for someone who doesn’t want to be with you? You want a guy who looks at you like you’re Botticelli’s Venus on the half-shell (google image that if you’re not familiar with the painting).

You deserve better. You deserve to be with a guy who truly desires you and totally enjoys your company. You want someone who misses you when you’re not there – so much that he calls and texts just to hear your voice or share something about his day. You never have to wait for this man. He feels you’re the one he’s always been looking for. As far as he’s concerned, you’re fabulous and he’s really lucky to have found you.

As a Scottsdale Matchmaker, I’ve never seen work any differently. A man who is really into a woman will always make time. I work with millionaires and busy professionals. I’ve never seen a situation where a man won’t somehow find time for a woman he really cares about. If a man isn’t doing this with you, it means he doesn’t care if you leave or not. He’s just not into you.