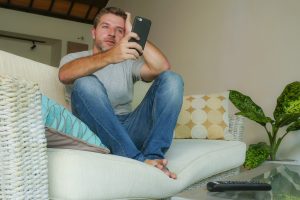 I have been talking to this guy for a few months now.

Last summer, we went on a trip with a few friends. We were always flirty but at the cottage he made it obvious in front of all our friends. He would hold my hand, sleep on my chest, tell me to sit on his lap, and so on. Later that night, he kissed me and we even cuddled to sleep.

After the trip, he told me he was upset and wasn’t sure when we will see each other again. We kept texting that week constantly. However, once I told him I liked him, he told me how he likes me a lot but isn’t ready for a relationship and told me not to wait. At that point, I decided not to talk to him anymore. But he told me he could not imagine not talking to me anymore, so we continued talking.

As time passed, our texting begun to slow down and we texted once a week or maybe even two.

We had an event both of us were going to go but with two different groups. He found out I was going and told me that he couldn’t wait to see me. At the event, he approached me but I ended the conversation quickly since I felt very nervous.

After the event, we talked continuously that week and once again our texting begun to slow down again. However, when he does text, he would text good morning beautiful and how he misses me a lot.

Is he interested or bored? There’s another possible answer.

He could be telling you the truth.

He likes you, thinks you’re attractive BUT isn’t ready for a relationship. Maybe it’s a bad time in his life because of work, school or he just doesn’t want a relationship – with You. You’ve got a lot of great things about you to hang out with, but not what he’s looking for.

And by continuing to text, you taught him a lesson about you.

Your words and boundaries don’t mean much. You said you didn’t want to text him and he replied that HE couldn’t imagine not talking to you anymore. And you caved and continued texting. He learned how you will allow yourself to be pickedup and dropped when it’s feels right to him.

If you continue texting, talking and occasionally seeing each other, you’ll end up falling harder. And it sounds like you’re obsessing already about him.

You want a romantic relationship and he doesn’t. What are you going to do?

• You going to settle for somehow, convincing a guy to want a relationship with you?
• You want to settle for the emotional crumbs of hot and cold texting and talking?
• Do you accept that while this guy isn’t interested, others will be?

Whatever his motive, he’s telling and showing you he doesn’t want a relationship.

Because when a man wants a relationship:

He does All of these.

Not one or two, but all of them. And with this guy, you aren’t getting one of them.

He likes the way things are and you don’t.

So what are you going to do?

My advice – stop. Cold turkey. No more texting. No more running into each other at events.
No exceptions for birthdays, etc.

He doesn’t want to stop talking to you. Tough for him.

Time to take care of yourself. You’ve got to close the door to future heartbreak.

And you will know it when it happens. No questions.

And yes, there are plenty of good ones left. Stop looking for this one to change and you’ll see lots of the good men around you.

Check out my Free Phoenix Matchmaking for women who want to meet successful, smart and relationship minded men.