“Is My Relationship Over?” 12 Telltale Signs 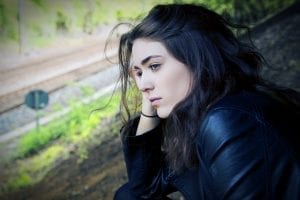 It is normal in any relationship to wonder at times where it’s going – or if it’s going anywhere at all. We all have those moments where we stop and take stock of what we have and worry that maybe things aren’t headed in the right direction, or whether they could be headed towards a dead end. If you are asking yourself, “Is my relationship over?” here are some telltale signs that might be saying “Yes.”

12 Signs That Answer “Yes” to the Question “Is my Relationship Over?”

Every relationship is different, but if you have that inner voice saying something is off, don’t ignore it. As hard as it can be to let go, if you aren’t happy, you can’t hold on just because it seems easier. You deserve to be in a satisfying and fulfilling relationship. If these signs are indicative of your current relationship, it is neither satisfying nor fulfilling!

#1 A barrier has formed in the middle of the bed. It is normal for your sexual appetite to ebb and flow in a relationship, especially as time passes. After the lust phase is over, things might slow down a bit.

But if it’s been so long that you feel a barrier forming in the middle of the bed, that is not healthy. A large part of being in a satisfying relationship is physical. If your relationship has turned to “hands-off,” that might indicate that it’s the beginning of the end.

There is a Lack of Communication

2 You barely talk anymore. If your conversation has turned mostly into an awkward silence, then the communication might be breaking down. Couples not only talk about the things they have to, like bills, family, and mundane day-to-day things; they should openly discuss what is happening in each other’s lives and share their experiences. If you barely say “Hello” to each other anymore, then your relationship might be on the way out.

When you fall in love, you think that you can look past those things that create conflict. As time goes on, however, you start to lose tolerance. And, whatever it was that might have mildly bothered you at the start, over time, might become the straw that breaks the camel’s back.

If you can’t get off of the fight go-around, it might be time to get off. If you’ve got nothing to talk about but still find time to bicker constantly, that isn’t fulfilling at all.

4 There is no forgiveness. If you can remember every transgression and can’t let go or forgive, that might answer your question “Is my relationship over?” If they have done something that is so hurtful you can’t get past it, just wanting to forgive isn’t going to change the outcome.

You can’t base a relationship on resentment and harsh feelings that don’t go away. As much as you might love one another, there are times when things are unforgivable, and it is just time to move on and heal separately.

5 You stop missing them. If you never look forward to seeing your mate or you are relieved when they work late, can’t go out, or have other plans, that is your inner voice telling you that you aren’t happy. Although it is totally okay for people to need some space in a relationship, if all you dream of is more space, it is safe to assume that the relationship isn’t fulfilling. 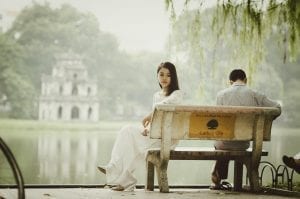 The Magic is Gone!

6 When they touch you, it doesn’t feel good. You are bound to lose some of the electricity you had when you were first dating, but if the thought of being touched by your partner sends negative waves down your spine, that is a sign that the magic is over. Signs of affection might dwindle – but if what you feel is repulsion, then it is time to reevaluate your relationship.

7 You don’t even have the energy to fight. Fighting might not feel good in a relationship, but it is a necessary evil. If you have gotten to the point where you don’t even bother arguing or fighting at all, that means that you just don’t care.

One of the biggest signs that a relationship is over is indifference. When there isn’t enough passion for having a heated discussion, that might signal that the passion is gone completely.

8 You fantasize about having a relationship with someone else. Even if you are in a monogamous relationship, there are going to be times when someone turns your head. That is totally natural.

There is No “You”

9 You feel invisible. If you feel as if you could completely disappear and your mate wouldn’t notice, that can mean that something is missing. On its own that isn’t necessarily enough to indicate your relationship is over, but it is a sign telling you that you don’t feel valued the way that things are now. When you are in a satisfying relationship, you feel respected, valued, and wanted. If you don’t, what kind of a relationship do you have?

10 You find reasons to stay away. If you start finding reasons to work late or join a club just because you don’t want to go home, that is a sign that there is an uneasiness to your relationship.

You might be telling yourself that it is no big deal, but if you can’t find comfort in your own home, that is a problem. Likely, it is a nagging feeling that you are avoiding – which might mean you’re trying to ignore the truth. And it might be the answer to your question “Is my relationship over?”

Are you Looking for an Easy way out?

12 You are purposely doing things to push the envelope. If you purposely do things to make your partner mad – like really mad – then somewhere in your subconscious you might be looking for an out.

Ending a relationship is an extremely difficult thing to do. Stop and consider the possibility that you are trying to force your mate to end the relationship because you can’t come to terms with doing it yourself.

No one sign in and of itself is enough to make a case that your relationship is over. But if you are asking yourself if it is and you see signs that say “yes,” at minimum it might be time to work on trying to mend whatever you feel is broken. If you are asking this question at all, it might mean that there is something worth saving.

If You’re Relationship is Over… 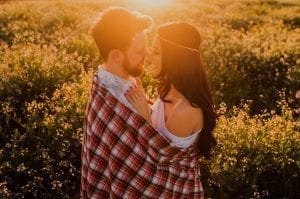 As hard as it is to admit to yourself, not all relationships are meant to be. Heartbreak is gut-wrenching, but not devastating as being in a relationship for the wrong reasons. If your inner voice is telling you something is wrong, that voice is rarely wrong.

Giving up on a relationship isn’t really “giving up”. It is choosing to acknowledge that you both deserve to feel satisfied and fulfilled. Staying because it is easier than choosing to move along and find a mate that will make you happy is not fair to you or to the person you are with. If the signs are there that your relationship is over, accept them and choose to make a change to find happiness.

Once you come out the other end, you will be glad you made the hard call to find someone new. Otherwise, one day you will wake up and realize that you have wasted too much of your time being unhappy.

When you are ready again to find the love of your life, contact Joann Cohen, she is an expert at finding a relationship that will be forever.