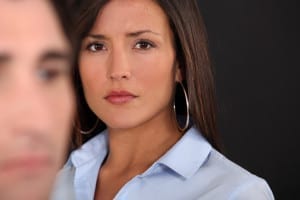 Do You Know the Warning Signs You’re Dating a Narcissist?

As a Phoenix Matchmaker and Dating Coach, I’ve interviewed hundreds of women and found many who have become addicted to dating narcissists. Narcissistic men will do anything to sweep a woman off her feet, and women get addicted to that rush. The nice guy who’s trying to really get to know them – he’s seen as too boring and bland. Years go by while these women waste valuable time with one narcissistic man after another while passing up men who would be great husbands. Learn the Warning Signs You’re Dating a Narcissist – before you waste more time.

The best way to avoid the addiction is to avoid dating narcissistic men altogether. Here are 8 warning signs the man you think is so wonderful might actually be a narcissist:

He’s amazing. Too amazing…
Relationships with narcissists always start out really great. You’ll feel like you found the man of your dreams, and you’ll feel like he worships the ground you walk on. But somewhere in the back of your mind, you might think he’s just too good to be true. And he is, but he’s doing such a good job sweeping you off your feet, you shush that little voice once and for all.

His mood swings are polar opposites.
After the initial phase of the relationship when everything is wonderful, you’ll start getting very mixed signals from him. One moment everything’s great, the next moment it’s as if you don’t even exist to him.

He never really commits to anything, and gets mad when you “pressure” him.
Freedom and control are of high importance to a narcissist, and commitment is seen as a threat to both of those things. Talking about commitment often causes a narcissist to react very strongly. His response will likely include “punishing” you for “offending” him, using his favorite narcissistic tactic: the silent treatment, emotional or verbal abuse, the guilt trip, or complete withdrawal from the relationship.

He’s never there when you need him.
Narcissists are the center of their own universe. They lack the ability to feel true empathy for anyone else, and aren’t able to handle your emotional world. A narcissist will shut down and run the other direction when you need a shoulder, but will unrelentingly expect you to be there for them.

He gets defensive at the littlest things.
To a narcissist, even the slightest hint of criticism – even constructive criticism – is seen as a full-blown assault, and they respond accordingly. You may have noticed it earlier and thought he was sensitive. In a relationship you’ve found, expressing your needs in the relationship will also elicit this reaction. This defensiveness is aggressive, and may look like denial, abuse, and rage.

He doesn’t connect his words with actions.
Keeping up appearances is of utmost importance to a narcissist, and they will say anything to convince you they aren’t really as bad as you think. Their words will sound and feel amazing, but when the rubber meets the road there will never be any follow through. Compliments amount to flattery designed to manipulate you. Promises are empty words used to appease you.

He’s overly concerned with appearances – both his and yours.
Narcissists are obsessed with status. They like flashy cars, buying expensive status items even if the rest of their financial lives is in chaos.  Everything the do in life – including dating you – has been planned and plotted to give them a “leg up” in life. They may make subtle remarks about your appearance that leave you trying harder to be “perfect.” He will also have a tendency to be very meticulous with his own appearance, and will always be looking for someone to pay him a compliment.

The problem is never his fault.
You thought when you met him, that many people had mis-used him in relationships. He discusses work associates, past relationships, family and friends have taken advantage of him. In your relationship, any time you have a problem, he will always peg it on you. He eloquently describes how your faults have caused the problem, and he will probably spend time punishing you for it. He also spends quite a bit of time thinking and talking about how he’s better than other people, speaking of them in a haughty, condescending manner.
Dating a narcissist is a one-sided relationship that will never end happily-ever-after. It’s easy to get sucked in and be committed (or addicted) to the relationship cycle. Look for my future blog (Phases of a Narcissistic Relationship] before you realize what you’ve gotten into. Recognize the warning signs that he’s a narcissist so you can get out before it’s too late. And if you are one of those women who find always find yourself dating a Narcissist, find out why in my dating advice for women blog Why Women Date Narcissistic Men

For more dating advice for women, read the rest of my dating advice here on THE Phoenix Matchmaker’s website. Click here for legal help in Australia.