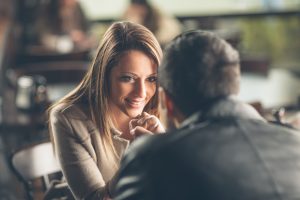 Sometimes it’s hard to put a finger on what it is about a person that makes them so attractive. Often, it’s a combination of traits working together to create that “magic spark.” It’s been popularized that men are drawn to the “damsel in distress,” the woman who needs a man to rescue her, but for emotionally healthy men – that doesn’t work. The truth is that one of the most attractive traits a woman can have is confidence. This blog will discuss the reasons why men like confident women.

As the Phoenix Matchmaker, I talk to men every day about who they are looking for, what attracts them and what makes a man want to commit to a long term relationship. After each match, I talk to my matchmaking male clients to find out what they feel the date.

I have discovered that men are attracted to confident women. That’s right – men like and prefer to date confident women.  They are turned off by the woman who agrees with everything he says. Will respond to every question “Whatever You Want.” The beautiful woman that always agrees isn’t the one men want for a long term relationship.

Confident women are living life to the fullest. Unafraid of living life big, these women embrace live fully and freely while pursuing their dreams. With clearly defined goals in life, these women know what they want and are actively pursuing making those goals a reality. They aren’t waiting around for their dreams to magically come true.  Confident women are disciplined enough to focus on their goal, dedicated enough to develop a plan to achieve that goal, and aren’t afraid of putting in long hours and tireless work to make it happen. 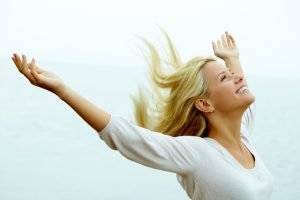 Confident women are secure. They know exactly who they are, and exactly who they are not. They have Confidence – Not Arrogance. They’ve learned to be comfortable in their own skin. They own their weaknesses and are willing to work on them, but also acknowledge their strengths and are proud of them.

Security like that allows women to be confident not only in who they are, but in their relationships. They don’t play the jealousy game, wasting time and energy over imagined competition. These women are also not bottomless pits of neediness constantly looking for reassurance they are loved.

Confident women are assertive. Because they know who they are and what they think, confident women aren’t afraid to share their opinion. I had a client who was dating a Beautiful woman with a great personality. But she agreed with everything he said and never expressed an opinion. She wouldn’t even say what restaurant or type of food she liked.  He quickly lost interest although he said she was one of the most beautiful women he had dated.

My client wanted interesting conversations where different view points were discussed. By agreeing with every view my client expressed, this lovely woman lost the man she was truly interested in. So remember – confident women steadfastly stand by what they believe, and won’t back down.

Instead of leaving their men trying to guess what they want, confident women articulate their wants and needs in the relationship. Taking this approach allows men to relax and be in the moment, knowing a confident woman will respectfully tell him her preferences. Take note, though: this doesn’t mean bossy or overly opinionated and not hearing another view. 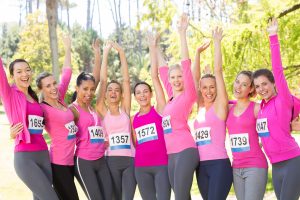 Confident women are living a full life. Instead of waiting around for their “Prince Charming” to come along so their life can really begin, confident women live a full life. With a busy social calendar and a variety of interests and hobbies, these women won’t be caught clinging to their man, begging for his attention 24/7. Confident women are out doing things, seeing people, and enjoying the life they’ve built for themselves.

Confident women are attractive. What is that special “something” that makes a woman irresistible? It comes down to her attitude. If she believes in herself, she can turn any situation into an opportunity to shine. But if she doubts herself, she’ll be lackluster in even the best of circumstances. Confidence is contagious; a self-assured woman will make those around her feel more confident about themselves, too.

As much as men like to be the hero and want to be needed, getting stuck in a relationship with someone who constantly needs rescuing is draining. It might seem counter intuitive, but the less a woman “needs” a man the more he wants her. Confidence in both partners sets the stage for a successful, balanced, and fulfilling relationship. It’s a trait well worth cultivating!

If you want to become that Confident Woman that men want –  find out my coaching for women.